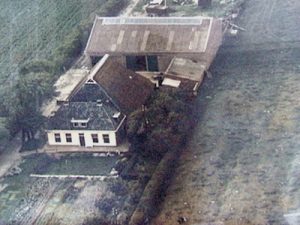 Meijer Group started as a one-man business in 1921. Like many companies at that time, the company focused on local agriculture. As a result, the company developed into a contracting firm and a bulldozer rental company, which carried out repairs and developed and constructed new machines and machine parts. In 1980 all bulldozer activities were ceased but the development and construction of special machines continued to be an important activity for Meijer.They proved themselves by developing surprising and effective solutions for complicated technical problems. The knowledge and experience gained through these activities were also of substantial importance in the development of its present achievements.

Meanwhile, metal sheeting was the main activity of the company and under the name “Meijer BV” the company continues to remain active today. Meijer distinguishes itself by the effort of creativity and technical knowhow. Besides that, the company also owns a very modern and high-tech production facility. This, in combination with a highly skilled engineering and manufacturing team, has allowed Meijer BV to become a highly successful organization.

The origin of MSE-FORKS BV stems from the patented telescopic forks which were introduced in 1980. These telescopic forks were invented and developed by MSE-FORKS and they were originally sold to a local company called KOOI BV, a manufacturer of truck-mounted forklifts.  KOOI BV eventually became Cargotec/Moffett. In the year 2000, MSE-FORKS took over the sales and marketing activities relating to the “KOOI Forks”, from KOOI BV. The official brand name KOOI®REACHFORKS, was acquired by Meijer Handling Solutions as well and the company went on to promote the innovative forks to lift truck OEM’s and distributors worldwide. 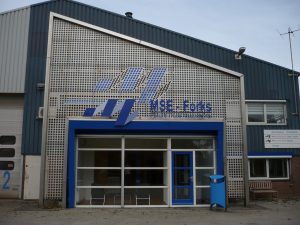 In 2008 the global economic crisis negatively influenced both MSE and Plaatbewerking as order intake dropped dramatically for each.  Fortunately, both companies remained strong and managed to work through this crisis by recognizing the need for organizational changes.  Production processes were upgraded and streamlined.  During this time Meijer also changed its legal form from V.O.F to B.V.  In the same period, Albert Meijer decided to withdraw from his position as he simply did not have the right affection for the business and wished to pursue another career.  Albert was bought out and the company created Meijer Group as a holding company run by family members and shareholders of the business.

In 2012, MSE opened a wholly owned subsidiary in the USA called MSE-Forks, Inc. The U.S. market was back in growth mode and this move positioned the company to support the American market. In the beginning of February 2016 Meijer Group decided it was time for rebranding and part of this process included name changes for botht MSE and Plaatbewerking. MSE transformed into Meijer Handling Solutions and Meijer Plaatbewerking changed to Meijer Metal. Craftsmanship, common sense, efficiency and reliability have been Meijer’s core values for years. The name change from MSE-Forks to Meijer Handling Solutions helped emphasize these values representing the fact that the company now provides a wide range of logistic solutions.  In the same regard, Meijer Plaatbewerking, which had also grown to service an extremely diverse global customer base, changed names to Meijer Metal for better recognition within the international market. 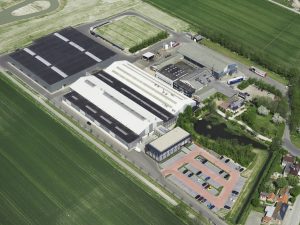 Nowadays the two companies are working closer than ever. Given they operate under the same roof, both are able to react quickly in flexible situations.  This allows Meijer Metal to be the ideal supplier supporting Meijer Handling Solutions. This allows the Meijer Group to secure its reputation for highly quality, reliability and most importantly customer satisfaction.  The  Meijer Group prides itself as being a highly efficient and warm family organisation with the ability to provide personal attentiveness to its customer base.

Do you want to know more about Meijer Group?

Please fill in your question and we'll get back to you, asap.